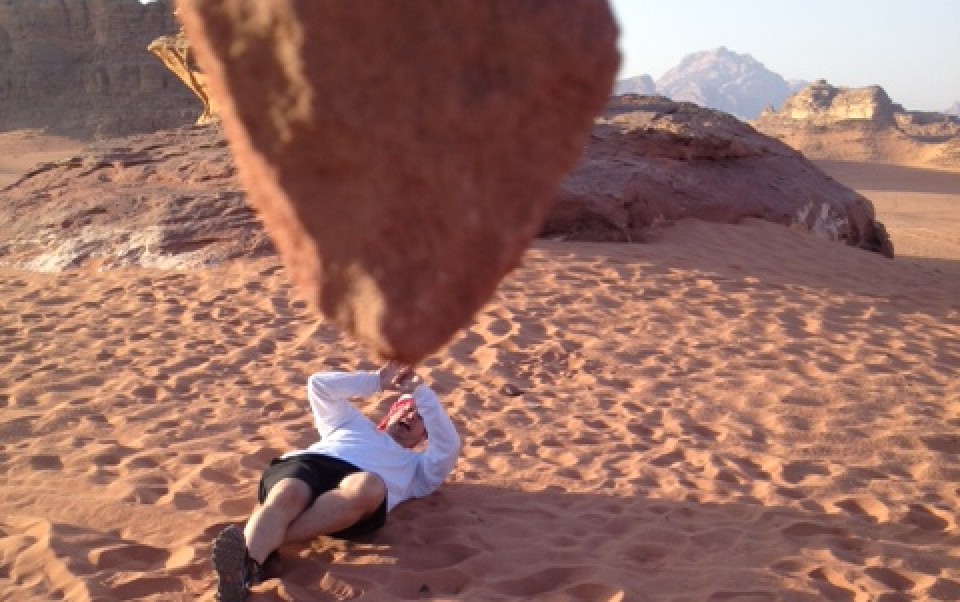 Home » Parables » A Funambulist (a parable)

A Funambulist (a parable)

The tightrope walker had diligently practiced his routine for years, and the day finally arrived when he was to make his long-awaited debut. Understandably nervous, though still radiating the dignity of a master in the craft, he carefully toed his way out upon the thin taught line, finally commencing in the over-rehearsed feat of dexterity. It had been his every determination to lift the crowd of the tented bleachers onto their feet, and into an outburst of ovation.

But about halfway across the rope his attention was broken by an unusual silence.

And when he secretly peered out at the benches, and up along the dimly glazed rows, his peripheral curiosity gave way to the more disquieting notions that the tent was, in fact, wholly vacant. Could he have confused the date of the show? It certainly couldn’t have been canceled without him first knowing! Such questions gave the tightrope walker momentary pause high above the un-netted ground, and while he flirted with other, even more, menacing feelings, his bowed legs slightly teetered beneath him. A faint syncopated buzz echoed from above, and when he craned his neck back he could see the trapped flies tapping through the hollow light fixture hanging from the tent’s uppermost roof.

In spite of his disturbance, the tightrope walker managed to regain composure and manipulate himself back to the safety of the platform. There he would have to wait, but that was of no matter, for he was once again self-possessed, and standing freely upon solid ground, playing out the performance in his head.